I found some really great stairs – those of the indoor variety – to fit in with the black and white theme this week!

You can visit here for my previous post, but for now, here are the indoor stairs for you to enjoy 🙂

These photos were taken at the Wieliczka Salt Mine in Krakow, Poland.

This week Cee has prompted us to look for stairs or steps, and according to something she read stairs are indoors and steps are outdoors… unfortunately, though, I’ve only been able to find outdoor steps for you.

But I hope you’ll enjoy them anyway 🙂

300-something steps up to the Great Buddha in Thailand

Climbing to reach another temple in Thailand 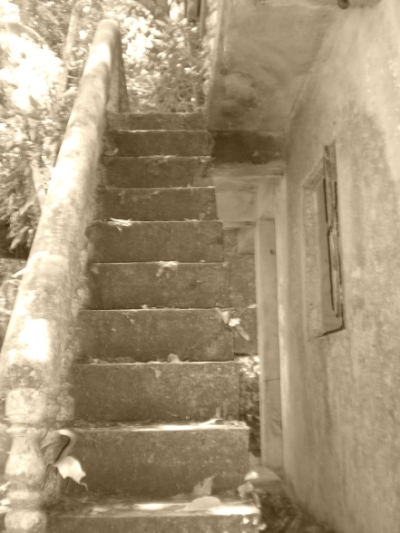 Random steps seen while out and about in Thailand 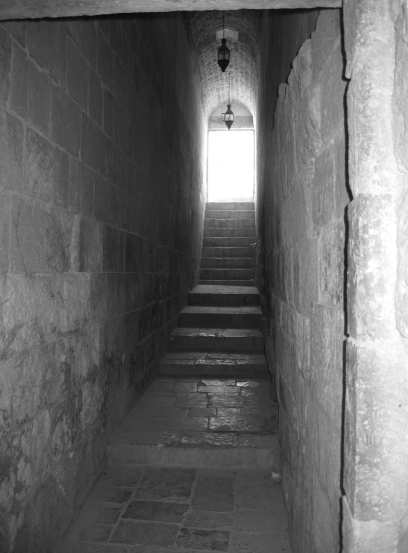 Steps (or could these technically be stairs?) inside ruins in Syria

I have to start this week’s post off with a Thank You to my ex-CEO, Kevin, for introducing me to stairs training… for if I had never done that with him, I’d probably never have had the determination to enter the race that is my something new for the week.

So, let’s backtrack a bit….

I came across the Hilton Vertical Challenge / Stair Climb, whatever you’d prefer to call it, and immediately my bucket list cried out at me – A VERTICAL CHALLENGE RACE!!! You must enter!

I didn’t do much in the way of training or preparation for this race, largely because of having just moved into our new villa where I have to climb 40 stairs each time I want to get from the living room to my bedroom. Yup. 40 of them. And there are some days where I’ll go up and down numerous times. I also knew that I had a fair amount of strength in my legs from my regular running.

Yes I was a little nervous, but I trusted my reasonable level of fitness to get me through this. The night before I was in bed nice and early and got a good night’s rest. Alarm goes off in the morning and I’m up and at ’em and head across to the hotel.

There was a decent amount of people all milling about waiting for the start… I warmed up a bit (wasn’t quite sure what to do for a stair challenge warm up so I just did some stretching..?!) and then waited for the start. It was easy – we all had numbers on our bibs and we would enter the stairs in chronological order, with 15 second intervals between each runner. If you thought that you had a chance of winning the race (based on the time to complete, not the first person to reach the top) then you could hang back and would be started off after everyone else. I was not one of those people.

I sort of jogged the first 5 flights, feeling ok, but then realising that I had a looooong way to go, so I walked a bit. Then at about the 10th floor I ran a bit again and felt the lack of actual training – the quads said howdeedoodee and I slowed to a walk again. I told myself that 34 – 35 and 35 – 36 would be a run. By 27 I was using the side bar to help me along a bit, but wasn’t completely dead – I knew I had it in me to run the last 2. 34 came up and so I increased the pace a bit, rounded the corner ready to run the last flight of stairs and STOPPED. The marshall was signalling for me to exit the staircase and run across the finish line. This was a good thing as I’d reached the end, but it threw me completely and so it took a second for me to register what was going on and only then did I start running around the corner and enter the finish line area where the spectators and other finishers were cheering everyone across the finish line 🙂

My official finish time was 7 minutes 35 seconds. I know that I could have done better on the day if I’d had a better strategy planned out, but I took nothing into the race with me (rookie error). I should have planned out running 2 steps at a time, walking a bit, running a bit etc., but I did none of that. I also stopped for a breather at the 12th floor which, when looking back now, I don’t think I actually needed it. It was only a 7 minute run!

So, next time I’ll have a better idea of what to expect and will have more of a game plan in my head – and I plan on taking at least a minute off my time!

Another highlight of the race was that Nick Watson took part with his son Rio… it was pretty incredible to be there when they crossed the finish line. I am a total softy for things like that and it even brought a tear to my eye at the time.

Nick Watson has a son who has a rare chromosomal abnormality, and Nick and his wife started an organisation a few years ago to help children with special needs. Nick has recently raced in triathlons and other races with his son, Rio, attached to his back, in front of his bike, or being rowed in a specially built canoe in the triathlon. You can read more here.

And to end off, here are a few of my photos from the day…. I had hoped to take some photos while actually in the stairwell but it went by so quickly that I totally forgot (I even forgot to start my endomondo at the beginning and only started it about 4 flights up!)

Hanging around waiting for the start 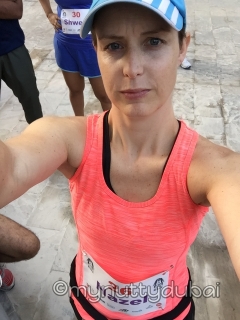 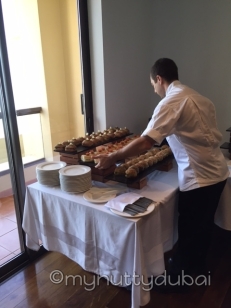 Random photos from the 35th floor – construction in JBR