It’s been 2 days since the half marathon and I still cannot wipe the smile from my face – I had a brilliant race!

I had a time goal in mind – nothing too wild since I knew that the course involved a bunch of bridges and a tunnel and was known to be a slightly difficult course. I knew that I’d be strong enough on the day to at least accomplish my time goal, provided nothing went horribly wrong – my training runs had all been really good and I now had to leave it to the running gods.

Up bright (er, dark, since the sun wasn’t actually up yet when I woke up!) and early, smashed my breakfast and headed off to my friends place to share a ride. Met up with a few other friends and off we went.

It was madness when we arrived there – runners all over the place! Really busy vibe, crazy busy toilets, and energy all over the place. We eventually lined up for the start, wished each other luck and set off once they’d counted us down. Scott, Csilla & I all ended up running together in the beginning; we found ourselves settling in to a really great pace and just stayed with each other for ages!

At about 12km’s or so, the 2-hour pacers ran past us. I was feeling extremely strong at this point and so I said “Let’s keep up with them!” Csilla was on board, but Scott wanted to back off a bit so he waved us on. We ran ahead slightly to get right behind them and then stuck there, feeling really strong the whole time! Eventually at about 17km’s or so we realised that we needed to pass the pacers, and so we did 🙂

But, the strong did not last… at about 19kms I started to really feel it and had it not been for Csilla next to me, I would have backed right off (she said the same thing about me!) We pulled each other along for those last 2 km’s, with the last km being my fastest over the entire course! I mustered up every last bit of energy and crossed the finish line in 2:02:29!

And to put that into perspective – my PB for a half was recently obtained in RAK when I did 2:02:05! On a flat course!

This has given me a HUGE boost of confidence that I will smash the 2-hour barrier in RAK in February 2018!!

The race was really well put together – such a great course with some fabulous morning sunrise views over the creek. I tried to snap a few photos while running but they’ve come out terribly… but the race itself was just great! And finishing it off with a huge bacon (REAL bacon!) and egg breakfast was wonderful!

We had at least 20 runners from the optimalFitness team out there which was great – such fabulous support from other runners and our coach. It really makes a difference knowing that you’ve got all that support 🙂 I will certainly be back for the Creek half next year! 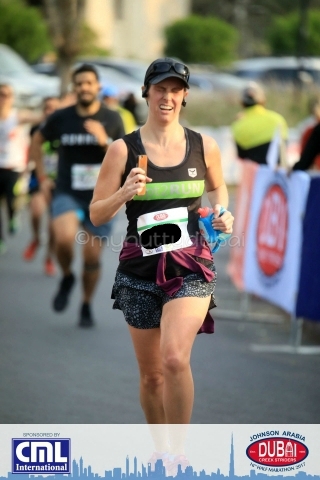 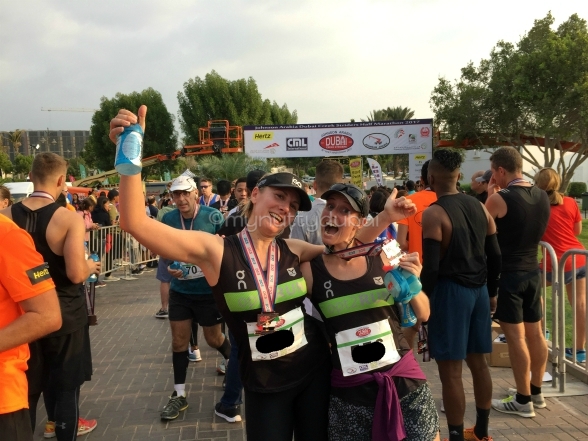 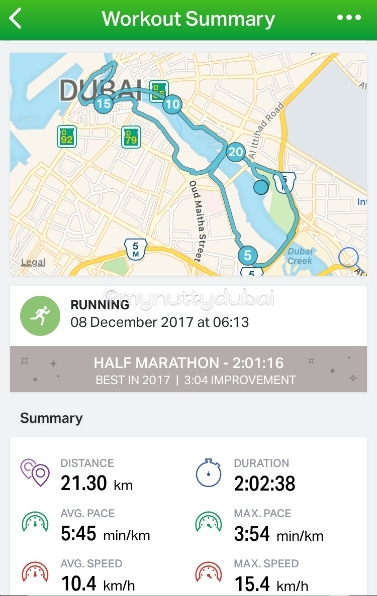 One thought on “Week 49 – Creek Striders Half Marathon”